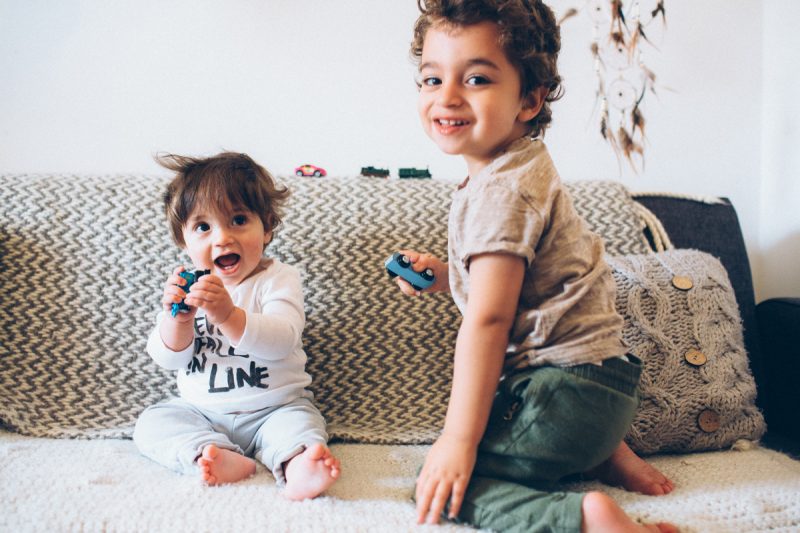 I’ve never posted an update specifically about the kids but as I approach the end of my second maternity leave, I can’t help but reflect on my babes, how much they’ve changed and where we all find ourselves today. The below words have been flowing through my mind for weeks now and whilst normally I document the boys in a private diary, this time I thought I’d share my reflections here on the blog. It bowls me over how quickly children change, and how from one week to the next Sonny will suddenly be standing unaided or I’ll look over to see Jack pouring himself a cup of water as if he’d been doing that his whole life. So here goes: June 2017, where we at kiddos? Jack, you’re now 3 years and 2 months. You say pretty much everything and we have proper conversations. You have started asking “why” and questioning the meaning of things. We’re not philosophical yet; we’re more at the “what does nick nack paddy wack mean, mummy?” stage. Every sentence starts or ends with “mummy” which at the moment I take for granted, but I know there’ll come a day soon when that stops and I’ll miss it hugely. You love playing by yourself – you create your own games with tape measures and trains and become immersed in your own world. Occasionally you’ll call me over, but it’s very rare. I hope soon you’ll take Sonny into your world too because it looks pretty fun. You take yourself to the toilet like an adult and potty training with you was straight forward. You’re challenging when you’re tired and become a little stroppy – just like your mummy. You’re pushing the boundaries which I suppose is totally normal at your age, and whereas six months ago I could negotiate with you these days that doesn’t seem to work. So sometimes mothering you can be tricky and tiring – especially those times when you wake in the night and insist on being carried back to your room, even when we both know you can walk, and we’re both exhausted, but negotiating with you at 3am isn’t so much fun. You still love your dummy but I try to be quite strict and let you have it only when you sleep or when you’re particularly tired. I know that soon you’ll stop wanting it and that it will naturally disappear. Although your brother uses one so there is always one lying about which I think has caused the renewed interest in it. Right now, your dad and I are in the process of choosing a primary school for you. People say you have to find the right one for your child but it’s so hard to know really who you are yet. That said, I see strong flashes come through every now and then. I’m sure you’re going to be more artistic than sporty, but let’s see. You pull faces, and have a great sense of humour, and can already act for sure. I think we’re kindred spirits in many ways, you and I. You draw me in and I love every piece of you, Jacky boy. As for you Sonny, Friday marked the last day of maternity leave with you which we spent rolling around in the hay. That’s the thing about you Sonster; you love cuddles. You were like that from day 1, hence why we co-slept. You were just so happy in mama’s arms whereas Jack wanted his own space. You turned 1 earlier this month and you’re teetering somewhere between baby and toddler. I still find your crawling just unbelievably cute and perfect; Jack used to do the commando crawling but your crawling is so spot on and sweet, not to mention, fast. You’re going places, kid! You pull yourself up against anything and you will stand for a few seconds unaided but you’re not yet up for taking that first step. It’ll come soon enough. You have 6 six teeth with more coming shortly I am sure as you have been off your food for a week or so now and usually you eat anything in sight! You love Ewan the sheep and will go to sleep anywhere – often on the floor – just cuddling him. Thank gosh your sleep has improved – we were in a dark place a few months back, weren’t we kid. These days you’re a pretty solid through the night babe. You’re also chatting away – far more so than Jack ever did and I’m convinced that you will talk much earlier than he did. You love nothing more than throwing things – anything – down the toilet and following a ball around. Watching the relationship between you and Jack grow is beyond beautiful. He’s getting simultaneously ‘rougher’ with you as you are  getting tougher. Sometimes he’ll deliberately shove you but more often than not it’s an accidental push here and there. Soon enough you’ll be giving as good as you’re getting, I know it. There’s so much to say, I could go on forever. For now, I’ll just let you know that for some reason, right now I feel extra privileged to be your mama my babes and see the wonders of you growing, changing and experiencing life, many parts of it, for the first time ever. I love you both so, so much.

P.S Glamping with a Toddler and Newborn and Jack’s Breakfast PJ Party