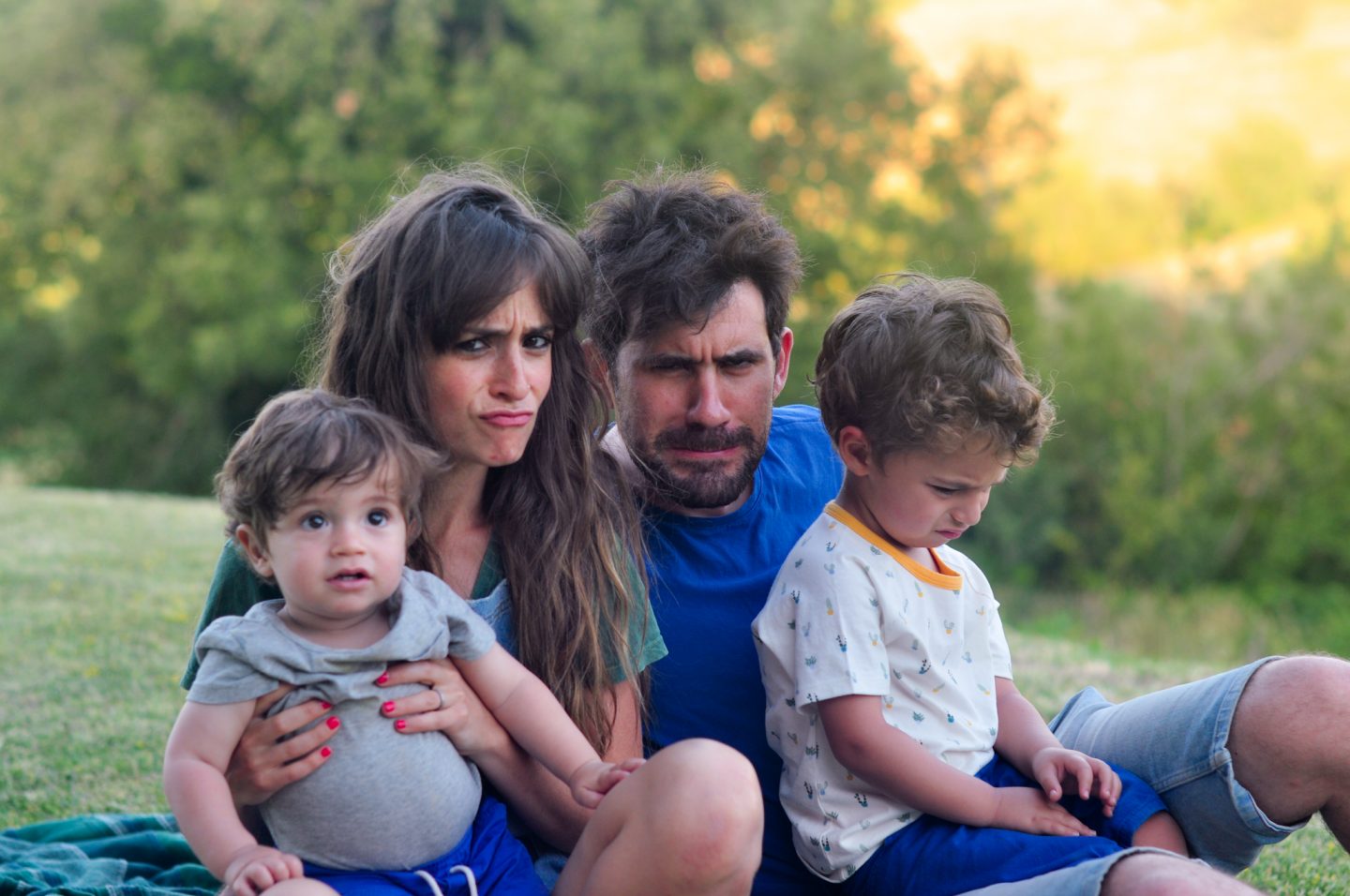 I’ve known Sam, my husband, for sixteen years so officially half my life. Whilst we have almost identical values, a very similar sense of humour and a love that runs very deep, day to day we are in many ways wildly different people. And thankfully so – because had I ended up with someone like me I’d probably be living in a tent somewhere with all my money stashed underneath a blanket and have either no kids or like, ten kids. So whilst he’s taken on yoga, has become a pretty adept camper and eats daal at least once a week, I get to go to gigs, hear about the world of Fin Tech and now understand why food hygiene ratings at restaurants matter. We complement each other and have a set of behaviours we try to stick to all the while learning a helluva lot in the process. Because what’s a relationship if it isn’t compromise, exploring and learning from and with each other all the while trying to allow the other one to be who we were always meant to be? Beyond that though Sam makes me want to work on myself like no one else can. He reminds me almost on a daily basis that life is short and not to take it too seriously, to take things slow (he hates rushing and compares himself to a sloth), he lets me be free and he asks very little of me. It was during a long car journey a few months back when we were having one of those conversations couples have – the kind when both kids are asleep, you have a hot coffee by your side and good music playing – that we were reminiscing about the silly things he’ s done for me. So here’s 10 things Sam has done for me over the years that have made us grow together as a family, learn a little, laugh a little, get frustrated a little…

Despite Sam being really close to my parents and the extra help having them there afforded us with the kids, it was still a substantial life choice of ours to live literally 1.5 minutes walk away from my parents for three years and have mum pop in to borrow a vase / return a buggy basically every day (which I loved, by the way mum if you’re reading this). I’m grateful for dressing gowns, is all I’ll say.

It was back in December 2016 after reading up about Veganuary that I decided I’d give veganism a go in 2017. Sam stuck it out pretty much for the entirety of January and still now, we eat very little meat at home (I’ll cook meat for him once a week) and are increasingly turning away from dairy (wahey!)

3. Listen to chillfm every time we go anywhere in the car

Anyone that follows me on Instagram will know that I regularly listen to Chill fm ; an ad-free, digital radio station that pumps out ‘chill out’ music and is amazing for getting kids to sleep. I love it but it’s essentially incredibly bland music with a tendency to repeat songs and a tagline of “we’re here to help you chill”.

I have a thing for hairy men (I used be part of a Facebook group called ‘Real Men have Stubble’) and pretty much hide Sam’s razor from him.

5. Have a wife who wears a brace and eye mask to bed every night.

Oh, hai there! Yes, I still wear my mouth retainer at night and an eye mask to bed. Sexy times.

6. Sleep next to someone who can never find her brace and eye mask, religiously, every night.

Seriously – with two small kids and no bedside table, these are super easy items to lose.

7. Eat raw fish with our hands up some dodgy scaffolding in the freezing cold

I fall for anything with the word ‘festival’ in it, and this occasion, I fell hard. One evening this Summer, we found ourselves sitting in what was marketed as a ‘treehouse’ but was actually some scaffolding, eating a ‘woodland meze’ (me) which was actually some decanted humus and a few nuts and a truly undercooked piece of fish. If anyone else went, please tell me you thought it was as bizarre as we did! (Though to their credit, apparently the oven wasn’t working that night…)

8. Go camping with a hurricane coming

Like a few other things, Sam has learnt to take on my love for camping. But there was one time that we were due to go, and on innocently checking the weather that morning, a severe storm appeared to be hitting precisely where we were heading. (Sam was incredible and gently suggested that we change location).

It can be absolutely sweltering outside and I still don’t switch it on. I just don’t like air conditioning, whether in a car, hotel room or aeroplane. Fresh (hot, sticky) air for the win.

10. Wear cut up t shirts that show half his torso

I like to cut up his (albeit kind of crappy) t-shirts. He looks really hot with them like that, what can I say!

Are you and your partner similar ? What have you asked of or sacrificed for each other? I’d love to hear.

And if you’re wandering what I’ve done for him, well that blog post is in the making….