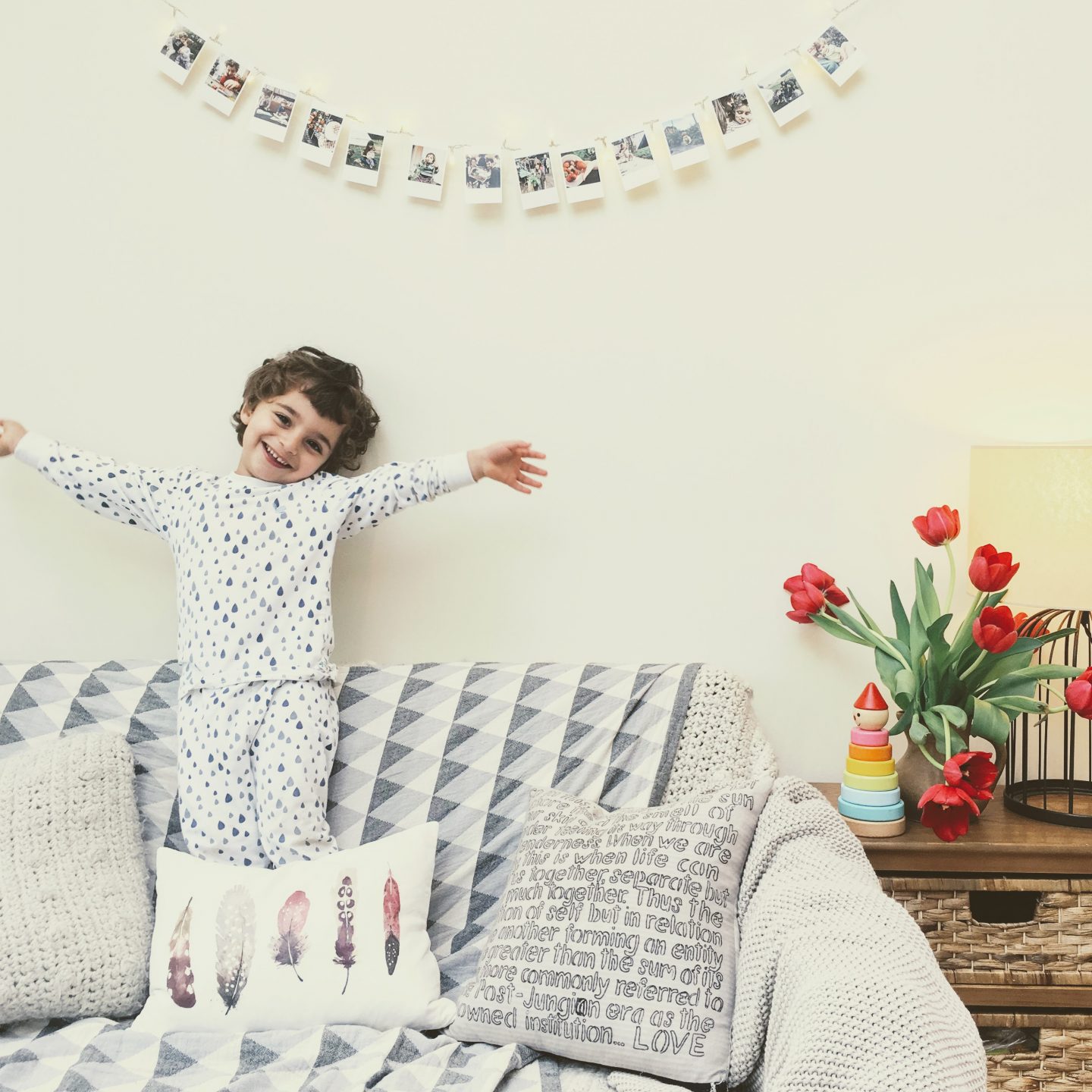 Every night, in the middle of the night (I’m never sure at exactly what time as I don’t keep my phone in our bedroom) the door creaks open and in walks a familiar miniature figure.

“I can’t sleep”, he says, sounding far too awake.

It’s Jack, our three and a half year old. For the last few weeks, maybe months (who knows?), he’s been waking up every night saying he can’t sleep. More than taking its toll on me physically (though I can’t say the wake up calls are exactly helping my eye wrinkles), it’s also just totally baffling my husband Sam and I. How do you explain to a three year old who, whilst he understands perfectly the difference between waking and sleeping, is still too young to know better than to roll over and try to go back to sleep. Sometimes he asks for milk (which I often give), sometimes he wants to sleep on our bedroom floor (he’s done this far too many times) but mainly he’s just awake, and sort of confused. As are we. We talk about it during the day as we do with any issue that comes up, but make no fail, it keeps happening.

He’s not cold (he wears two sets of pyjamas), he’s not hot (he’s always cold!), he’s not hungry (he always refuses more by the end of dinner), he’s not having nightmares (he’s always very calm and pretty content in his wakeful slumber!), he just cannot stay asleep. And unlike with a baby who you soothe and who will eventually go back to sleep because they probably are umm, tired, a three year old sleep regression just sparks actual like, real life conversations in the middle of the night.

In the end it’s usually resolved with a combination of repeatedly taking him back to his bed, a bottle of milk, putting an audio book on, lying on the floor next to him… You know what it’s like – whatever works…I’m pretty sure it’s just his wonderful little active mind working its’ wonders, anyway. Miraculously, he doesn’t seem to wake Sonny (they share a room) with his middle of the night shenanigans – not yet anyway (!)

My hunch tells me it’s a phase, as with most things with kids but still, I’d so appreciate any other parents’ wisdom here. Has your not so little one been through something similar? What changed it?

Thanks as ever for reading,