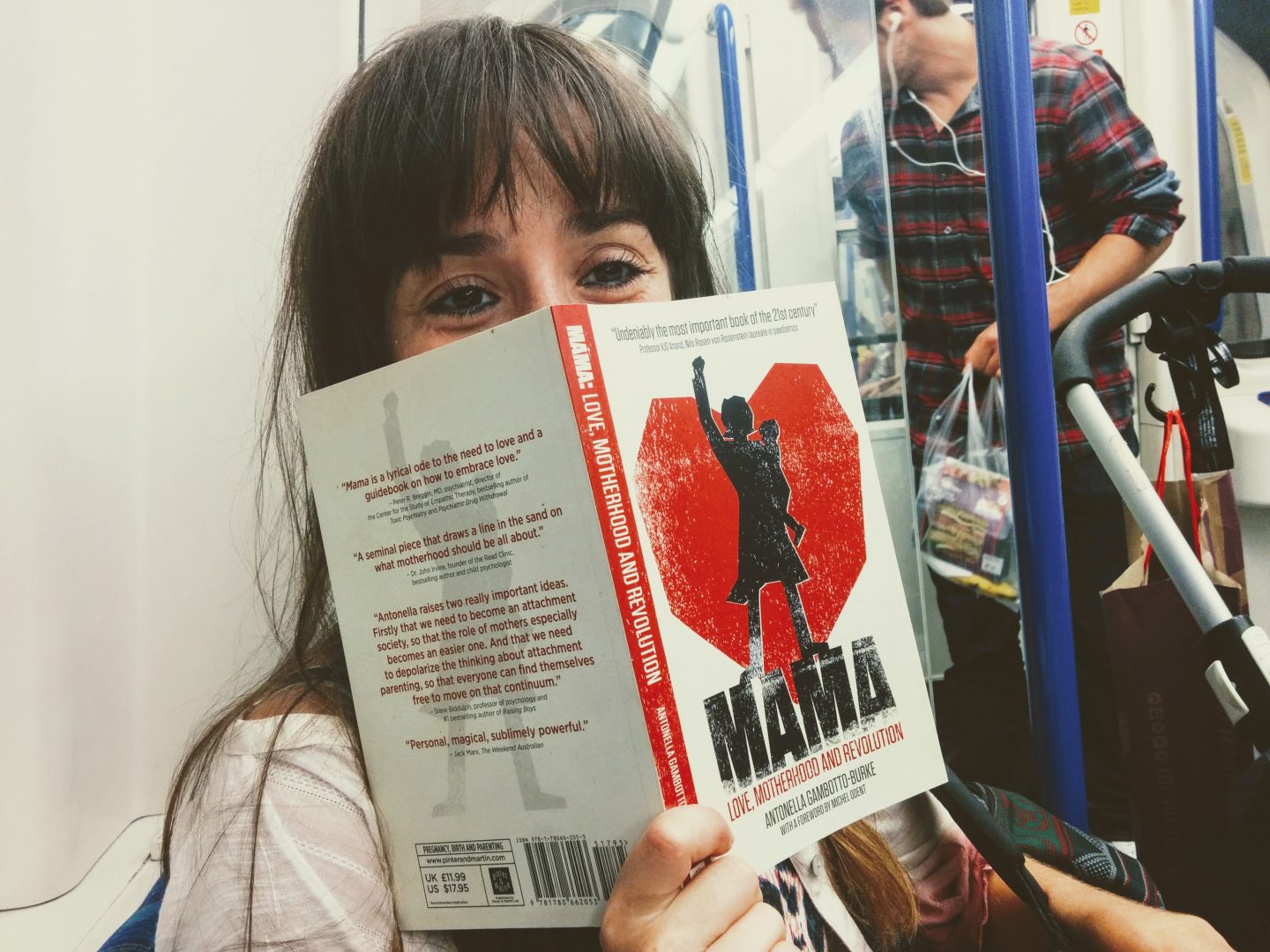 Before I became a mother, I must have been recommended at least 8-10 books to read. I read none of them; not just because I’m not much of a reader but also I simply didn’t want to fill my head with other peoples’ impressions of motherhood. To this day, I’ve still only read one motherhood book, and this is it.

MAMA Love, Motherhood and Revolution is essentially an impassioned attack on what the author sees as the modern Western devaluation of motherhood, that it has become a consolation prize for those who can not hack it in an office, a waste of time and talent of the educated, and not passable as one’s sole job and passion. Structured part memoir, part interview based, she blames the workplace, certain celebrities, politicians, hospitals, and in general, modern attitudes for not giving mothers the respect and elevation she believes they deserve.

The author laments women being pressurized back in to the workplace after something so epic as giving birth to a child at what is an extremely vulnerable and precious time of their life and their babies’ life and cites the statistic that only 20-25% of the brain is complete at birth so the need for attachment in those early months is crucial. You won’t be surprised to know that attachment parenting pops up at various times through the book. There were also other certain fascinating comparisons drawn; for example, Gambotto-Burke compares (whilst not belittling) the casualties from the Syrian conflict with the number of women died giving birth that year – four times as many. And yet there are no headlines about these women. And one of my favorite parts of the book is Gambotto- Burke’s focus on the idea that effective mothering requires not only energy by the mother, but an equal investment of energy into the mother by her partner, family and community.

The book is most of all, a call for a change of priorities, a rallying around of mothers with respect, time and space and an understanding that these women are paving the way for our future.

I won’t give any more of it away which I’m finding hard to do – as someone whose main passion and real purpose in life is as a mother, and whose been in and out of office work with somewhat reluctance, the book struck a chord deep inside me.

Go grab a copy. Please. And let’s start the Revolution.

P.S I interviewed the author herself here!