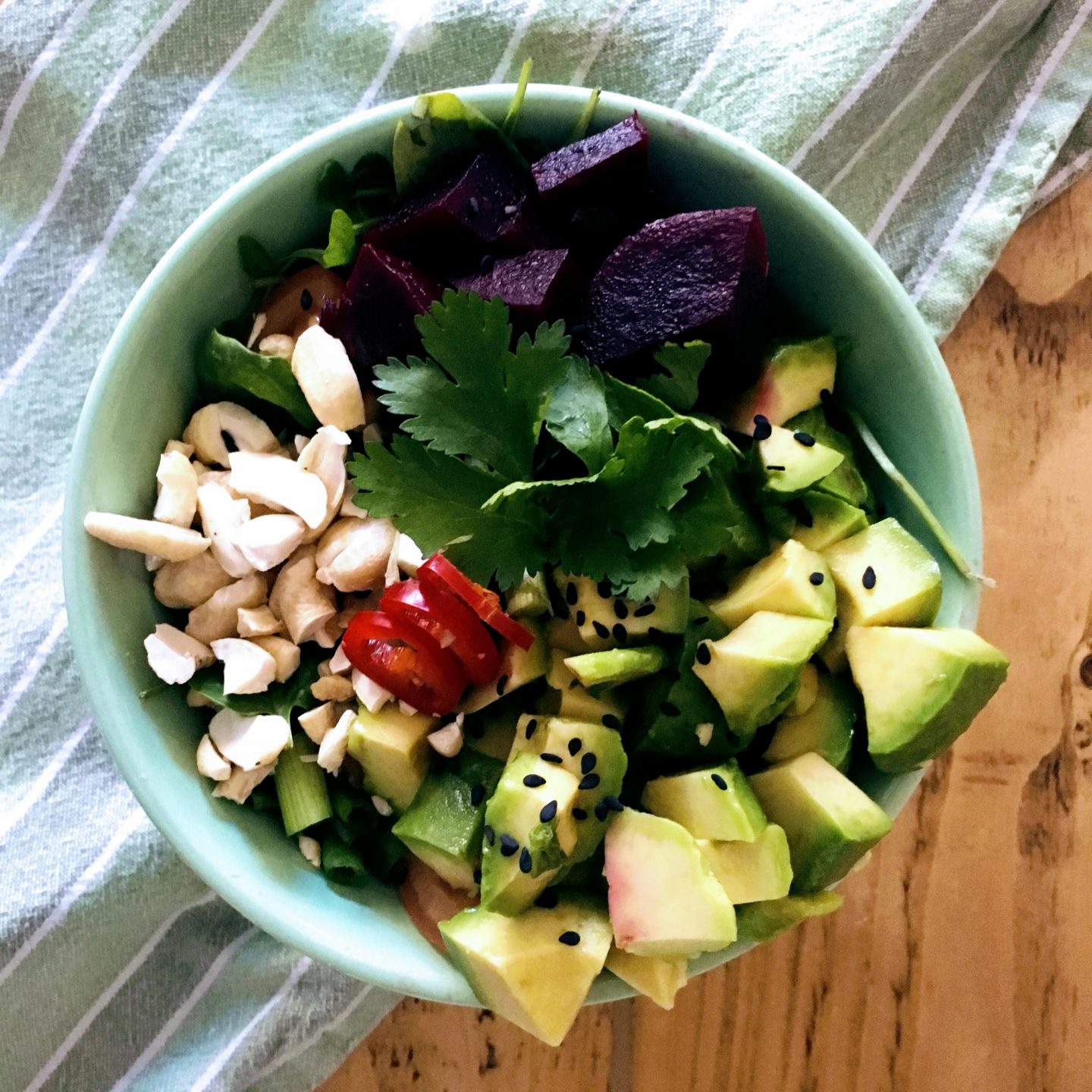 Instagram is a powerful place and has led me down many an interesting path from the notion of ditching hair shampoo in favour of things foraged from my kitchen to minimalism to choosing where to go travelling with my family next. It’s introduced me to women who are now good friends, and it’s given me a wealth of advice on everything from baby carriers to spiralizers.

Lately though, it’s also been a real source of inspiration and information when it comes to something pretty major: the food I put in my mouth and on our family’s plates.

It was after attending an Oatly Christmas dinner and meeting with some awesome Vegan people that I first learnt about Veganuary. Always up for a challenge and for exploring new concepts, Veganuary basically involves giving up meat, fish and dairy for the month of January. This year a record 60,000 people worldwide signed up (with over half being from the UK) and all for different reasons: the Veganuary website shared results from a survey showing that like previous years, a concern for animal welfare was the most popular reason behind people registering but that health and environmental reasons are all other motivations for choosing a vegan way of life. In fact there’s a tonne of reasons why not consuming meat, egg and dairy that I’m not going to go into (plus, I don’t want to go all preachy on you) but if you are interested, here is a fantastic article on just that. I’ll list some other material at the end of this post if you are interested to learn more…. So, the big question is, how did it go?

In a nut (walnut, pistachio, almond – I’ve never eaten so many nuts in my life) shell – pretty darn well! Whilst I made a few exceptions (I ate fish during our anniversary weekend away and had the odd piece of cake which contained eggs), I would say that I stuck to a meat and dairy free diet for 96% of the month of January

How did I feel?

Good! Energetic, light and never once (except maybe when I couldn’t eat my custard tart or have a cup of tea at a friend’s house) deprived of a food I really wanted. Cheese, for example, was surprisingly easy to live without once I discovered violife and I have heard amazing things about Sainsbury’s feta.  I’ve felt incredibly inspired in the kitchen and (I know I said I wouldn’t get preachy….) there’s no denying that I’ve felt kinda good about the fact that no animal is suffering in the process of me eating. I’ll be honest – there’s been the odd occasion where I’ve felt not 100% full (I needed more calories perhaps) and at times where I have felt a little frustrated. Read on….

What’s hard about it?

There’s no denying that being vegan is more effort one way or another. As a meat-eater, it was super easy to just pop a piece of chicken in the oven, some rice and veg and you have a delicious, nutritious meal in moments. A vegan meal, in contrast, *tends* to have more components and at the end of the day, post bath-time and high-chair scrubbing, I didn’t always have the energy. That said, there are more and more vegan ready made meals ranging from Linda McCartney to newer and really delicious brands which I did rely on sometimes. The hardest thing by far about being vegan though is eating out / at other peoples’ houses. I had to go to a party where it was a buffet style dinner; I literally had to pick the crusts off a quiche and eat chips (I survived, somehow…;) Fast forward 20 years and I’m sure this will have changed, but for now, being a vegan can be surprisingly anti social.

Nice? It’s DELICIOUS! I can honestly say that I’ve eaten so well and cooked some seriously yummy food. Yes, tofu is a tricky one to make taste good and I have mixed feelings about vegan eggs but boy, is vegan food good. And with cookbooks and blogs such as Isa Does It, Minimlist Baker and Healthy Living James, and restaurants such as Tibits, Mildreds and Manna, you are spoilt for choice when it comes to eating well as a vegan (so long as you seek it out….) How did my family take it?

Sam is very open-minded when it comes to veganism and for the most part, enjoyed everything I made (he is a big fan of kale..!) At this stage though, he and the kids remain omnivores though we have an agreement that I won’t be making any meat meals for me and Sam, and I’m trying to cut down for the kids.

So, what about the kids and veganism?

My main priority is that the children have a healthy diet and certainly being vegan, they would meet their full ‘5 a day’ guidelines. Indeed, there are plenty of children on a non vegan diet eating very unhealthily. My concern is more around them getting enough calories, protein and vitamins and whilst my kids aren’t particuarly fussy, they’re very much accustomed to eggs, tuna and bolognese. That doesn’t mean that this won’t change and we have had fun making recipes together from this absolutely gorgeous vegan kids cookbook. In all honesty, I would love for them to be vegan but for now, I’m still yet to be persuaded to transition their diets too. Again, it also goes back to the added effort. Call me a lazy mama but I’m not sure I currently have the headspace or the time. I’d love to for the next one though…

But how do you get enough protein?

This is an extremely common question posted to vegans, and it is an issue – although to be honest, I think it’s an issue for me whether I eat meat or not. There are times when I have eaten a slice of processed meat telling myself I am getting some protein when in reality I know that the amount of real protein something like that contains is minimal. To give you an idea, a beef burger contains 20g of protein and a veggie burger contains around 13g. This is an excellent leaflet offering advice on getting enough protein but it can be as simple as adding a handful of cashew nuts to your meal, some pulses to a pasta sauce or some tofu to a dish of vegetables. A food called seitan is by far the best intake of protein – this stir fry is pretty delicious. In addition I’ve also been taking a b12 vitamin – the one vitamin that vegans miss out on and which we need to protect our nervous system.

First and foremost, I don’t want to put any labels (or pressure) on myself. Sincerely though, I can’t see myself eating meat again as I truly am horrified by what I have seen and read. In addition, I have absolutely loved eating a vegetable based diet. I am still undecided about fish – especially as I know that the fish industry are the worst ‘offenders’. Avoiding dairy is a real conundrum though because here’s the thing; at home, it’s not hard as there are so many delicious dairy free alternatives but eating out at either a non vegan friend’s house or at a non – vegan restaurant – is a real struggle and maybe this sounds lame, but it does mean missing out on quite simply, some lovely things in life. So essentially, watch this space. I’ll be documenting thoughts over on Instagram (the original reason I started all this anyway!) and I’m sure writing more on the issue.

For now, thanks so much for reading this and if veganism is something you are interested, or even intrigued by, Food Matters, Cowspiracy, this and this YouTube video all moved me along this journey. I also till want to watch Earthlings and Forks over Knives and I’ve just ordered Eating Animals which I cannot wait to read.

Take lots of care and leave me a comment telling me what you think of the veganism; is it the way forward or is it just an unnecessarily complicated way of life?